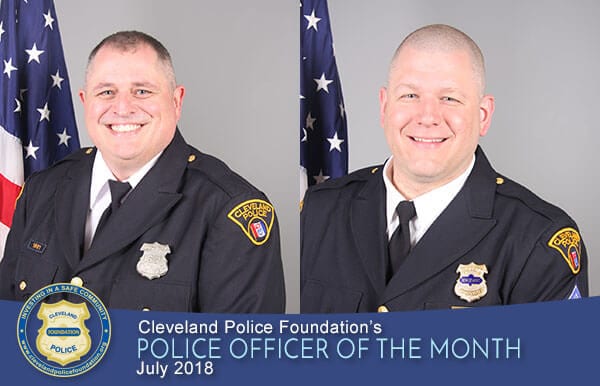 When Cleveland Police and the U.S. Marshalls apprehended an Athens, Ohio, father accused of abducting his children, Sergeant Steve Beckner jumped in with both feet to calm the children and mother.  He immediately fed the infant child and then FaceTimed the mother to let her know that the children were fine.  When the mom called the sergeant the next day telling him she could not find a ride to Cleveland to pick up the kids, he and Patrol Officer Chris Lane both volunteered to drive them the 3½ hours to Athens to reunite the family.

Athens Police Officer Andrew Reece says he and his fellow officers were touched by the kindness of the two Cleveland officers. “It’s a good 3½ hour drive each way,” Reece said. “They were off-duty. They weren’t getting paid to do this. It took my breath away.”

Sergeant Beckner, however, insists he did nothing out of the ordinary. “It’s an Amber Alert,” Beckner said. “You want to help any way you can.”

For their selfless actions in caring for the children and helping reunite them with their mother, the Cleveland Police Foundation is honored to recognize Sergeant Steve Beckner and Patrol Officer Chris Lane as Police Officers of the Month for July of 2018.