The importance of locking your car doors is underscored by an arrest made by Shaker Heights PD; two young men were caught entering unlocked cars after dark. 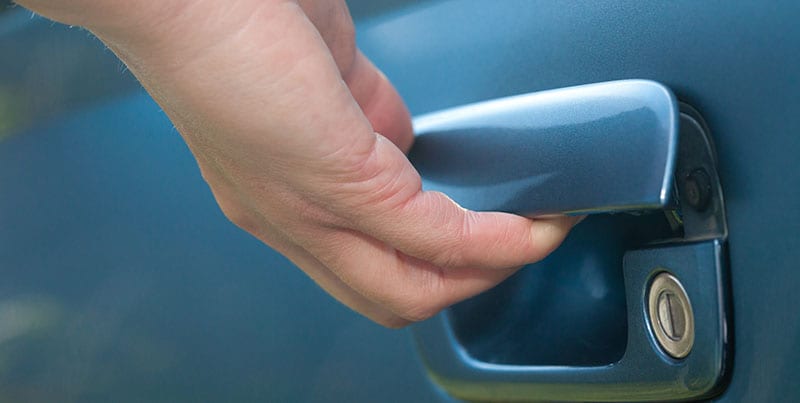 The Shaker Heights Police Department tells this story about arresting two young men from Cleveland who were caught in Shaker Heights entering unlocked cars after dark. Their explanation for why they were targeting Shaker Heights reinforced a common request from all police departments – lock your car doors!

They call it “hoppin” or “car hoppin,” as if it were a game kids play for fun and sadly reinforcing that the jargon is common knowledge among young men and women who have criminal intent. Hoppin is the practice of going car to car looking for one that is unlocked. The belief is that residents in the suburbs do not lock their cars, leaving items of value ripe for the taking. One young man bragged about his group of friends making hundreds of dollars a week taking money, credit cards, and other valuable items. Remarkably, they even talked about how kids will routinely switch what city they target to avoid police scrutiny. Another boasted that almost half the cars he attempted to enter into in a night were be unlocked. So why tell this story?

Both of these kids told the officers that they would never break into a car if it was locked. They explained that a break-in would increase the chance of leaving evidence that could be used against them, and that the added time and commotion to break into a car also significantly increases their risk of being caught. Apparently even criminals understand risk, and often do simple things because they can! Without knowing they were saying it, these two men provided the needed information to prevent hoppin. Lock car doors, secure your valuables, and shut the garage door at night!

Editor’s Note: Many thanks to our friends at the Shaker Heights PD for sharing this information in order to make our communities safer!

_
The Cleveland Police Foundation, in partnership with the Cleveland Division of Police and the Ohio Crime Prevention Association present these tips so citizens can help to make our community safer.