Mr. and Mrs. Henry Adkins pose with his plaque presented by The Cleveland Police Foundation for Outstanding Police Officer.

Outside, the weather was rainy and gloomy, but inside the hall was a festive atmosphere as citizens from the West Side district joined together to honor police officers and citizens who make significant contributions in their community.

The CPF annually recognizes a police officer, a citizen, and an organization in each of the City’s five neighborhood police districts who significantly contribute to the community and making our neighborhoods safer. The awards were presented to PO Henry Adkins, Destiny Rice and the organization Mothers Run this Town.  “Their efforts makes our community a better place to live and warrants recognition,” said CPF board member Jim Craciun.

During the presentations Bob Guttu stated, “It’s an honor to recognize those who go above and beyond the call of duty in giving back to our City’s neighborhoods.”

After the presentations, everyone enjoyed a delicious meal and the friendship of the evening.

Special thanks to the First District Community Relations Committee members who hosted the event that was thoroughly enjoyed by all. 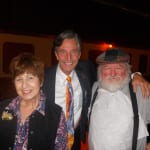 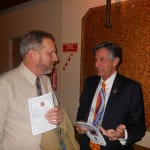 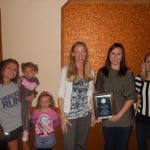