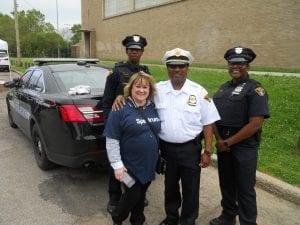 On Saturday, June 15, 2019 the Cleveland PAL, along with the NPAL, East Cleveland PAL, Thurgood Marshall Recreation Center, and Spectrum hosted an Impact Day. Numerous information booths were set up at the Rec Center with the main focus on the kids involved in the PAL Program.

This very important program provides thousands of youth between the ages of 5 and 21 with an alternative to life on the streets. PAL provides positive role models. Most of them are police officers who encourage the kids to stay focused on their education, have respect for others, and become exemplary citizens.

Thanks to all the volunteers that helped make this event a success! Thanks also to Community Policing Commander Johnny Johnson and his officers.