The Edward A. Lozick Memorial Man of the Year Award 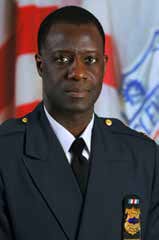 It’s no secret that over past few years the Cleveland Division of Police has experienced some challenging times. Some tragic incidents took place that led to friction between the police and segments of the community that were displeased over how the police handled them. Many called for drastic action, sometimes heatedly. As sides of the issues grew more galvanized in their positions, the communal mood of the citizenry seemed to plummet toward despair. Protest demonstrations and marches disrupted traffic and business, but for the most part remained peaceful contrary to what occurred in many other areas of the country.

During much of this time, as Deputy Chief of Field Operations, Calvin D. Williams led the largest and most challenging commands in the Division, effectively directing the delivery of police services throughout the City’s five police districts. Then, going from the proverbial frying pan into the fire, he was appointed the 40th Chief of the Cleveland Division of Police on February 10, 2014.

Hitting the ground running, Williams led from the front and by example, personally staying involved in responding to the scene of the demonstrations, initiating dialogue with protesters and joining with the members of the CPD and their law enforcement partners in diffusing potentially volatile situations.

He demonstrated these skills during the Republican National Convention as well as the arrival of over one million people to downtown Cleveland to celebrate the NBA World’s Championship Parade. With the assistance of their law enforcement partners, the Cleveland Division of Police rose to the challenge handling the crowds and traffic in both situations in an exemplary manner. 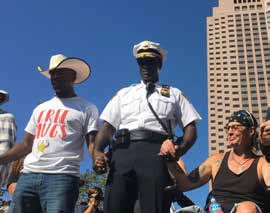 While many predicted an Armageddon-like event, headlines in the Washington Post read, “We Were Promised A Riot. Instead, in Cleveland We Got A Block Party.” The national and international media sang the praises of the City and especially the police. The civic consciousness grew more and more positive as a result.

It’s been said that to be in charge during good times is easy, but to be in charge during difficult times is the most challenging and a true test of leadership. It is with great pleasure that the Cleveland Police Foundation recognizes Chief Calvin D. Williams as the inaugural 2016 Edward A. Lozick Memorial Man of the Year for his distinguished career, exemplary leadership, and the success of the Division of Police in the face of the many challenges during his tenure.

The Samuel H. Miller Police Officer of the Year Award 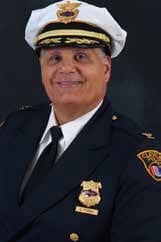 Deputy Chief Edward J. Tomba is a gentleman who has gained the respect of his peers and the community throughout his distinguished career with the Cleveland Division of Police. Working his way up through the ranks, his dedication, respectful manner with officers and citizens, expertise and leadership skills exemplify the best of “Cleveland’s Finest.”

As Deputy Chief of Homeland Security and Special Operations, Tomba oversees the investigative process of the Division of Police. His duties include coordinating the bureaus of Special Investigations, Special Services, and Homeland Services. These include SWAT, Narcotics, Federal Narcotic and Gang Task Forces consisting of members of the CPD and partnering law enforcement agencies from the federal, state, county and local levels; and specialized units in the CPD such as the Homicide, Sex Crimes and Child Abuse, Intelligence, Aviation, Fusion Center, Airport, Domestic Violence, Auto Theft, and Financial Crimes; and Child Abduction Response and Use of Deadly Force Investigative teams.

He led the Division’s efforts in the development and implementation of programs that bridge the efforts of law enforcement and social services to respond to children and families whose lives have been devastated by violence, while engaging social service agencies and staff in working together in order to maximize the safety and dignity of those struggling with homelessness and mental health issues.

In 2014, Tomba was called upon to direct the CPD’s preparation and implementation of its operational plan for the Republican National Convention held in Cleveland on July 17-22, 2016. It’s no accident that the RNC was an amazing success from a policing and public relations standpoint. As Cleveland shined in the international and national spotlights, the Cleveland Division of Police and its numerous law enforcement partners drew praise from all segments of the community. 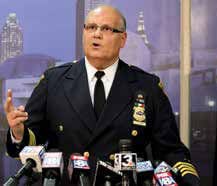 When asked to reflect on his career, Tomba replied, “Even as I start 32 years service, I’m still amazed by the dedication and work performed by the members of the Cleveland Division of Police. The challenges police officers face today can sometimes seem overwhelming, yet they respond and overcome the pitfalls they encounter.”

Born and raised on Cleveland’s east side, Tomba graduated from Benedictine High School, received a bachelor’s degree in Public Safety Management from Cleveland State University, and graduated from the FBI’s National Academy in Quantico, Virginia. In recognition of his distinguished career and commitment to the safety of our community, we are honored to name Deputy Chief Edward J. Tomba the 2016 recipient of the inaugural Cleveland Police Foundation Samuel H. Miller Police Officer of the Year Award. 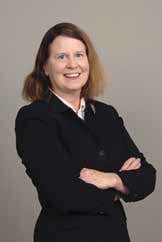 Each year, the Cleveland Police Foundation recognizes an individual that goes beyond the call of duty in making Greater Cleveland a better place to live, and honoring excellence in community service.

As the Associate Director of Trauma Services at Frontline Service, Rosemary H. Creeden oversees several programs that support victims of violent crimes, working closely with the Cleveland Division of Police and other local, state and federal law enforcement agencies.

Frontline’s most recent collaboration with the Cleveland Division of Police is the Co-Responder team, initiated in the summer of 2016 and being piloted in the Second Neighborhood Police District. This federally-funded project teams Frontline Service’s licensed mental health professionals with critical incident-trained police officers, the goal of which is to provide both crisis and follow-up care for individuals and families experiencing mental health issues in their home or community.

Rosemary was born in Boston as one of seven children. She received a B.A. in Social Work from Regis College and came to Cleveland as a Jesuit volunteer, working in a runaway shelter for homeless youth in Lorain County. After completing her volunteer service, she became the second director of the Genesis Battered Women Shelter and led that organization for 18 years, during which time, she went on to complete her master’s degree in Social Applied Science at Case Western Reserve University, studied and received a certificate in Marriage and Family Therapy from the Gestalt Institute of Cleveland, and became an Independently Licensed Social Worker with Supervisory Designation in the State of Ohio. She has co-authored and/or authored several articles and has received numerous awards for achievements and service to the community.

It is our honor to name Rosemary H. Creeden as the 2016 recipient of the inaugural Cleveland Police Foundation Thomas D. Ganley Memorial Community Service Award.

The CPF Founders Award for Excellence 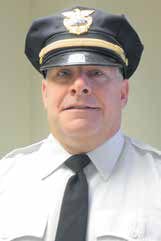 In 2012 during its inaugural year of operation, the CPF Board of Directors established its Founders Award which annually recognizes exemplary leadership, performance and dedication to the organization’s ideals and mission to support the members of the Cleveland Division of Police, its charitable endeavors, and to forge stronger ties with the community it serves.

This year, we are honored to name Captain Keith Sulzer as the 2016 recipient of the award, recognizing him for lending his talent, dedication, and commitment to giving back to the community while tirelessly working to further the mission of the Cleveland Police Foundation. His leading by example and outstanding efforts make it possible for the CPF and the Division of Police to take giant steps in making a positive impact in the community.

Since becoming the Liaison Officer to the Cleveland Police Foundation a little over two years ago, Keith’s positive energy, experience and drive made it possible for the CPF to expand its involvement in youth and adult community outreach, community policing and engagement initiatives, and support for police charitable endeavors.

When asked about his work as liaison to the CPF, Keith remarked, “The Cleveland Police Foundation has given me a glimpse of what may define my career. As a career-long advocate of community policing, this foundation has made me understand the impact one cop can have on people’s lives. The success of this foundation and the CPD is dependent upon every police officer seeing the possibilities of the lives they can change. CPF resources will bring about those changes, one cop at a time, one person at a time, one community at a time.”

Captain Sulzer is a graduate of St. Edward’s High School and received a bachelor’s degree in Business Economics from the College of Wooster. On June 19, 1990 he was appointed to the Cleveland Division of Police and upon graduation from the academy, he was assigned as a Patrol Officer in the 5th District. Throughout Keith’s career, he has excelled in his work and forged a reputation as a conscientious, hardworking officer committed to his family and dedicated to serving the community.